Back to all posts

Because of Kalyn's pending trespassing charge from the 58 hour sit-in at Senator Cory Gardner's office that ended in 30 hour arrest for 10 ADAPT activists, we are unable to tour through the 4 prisons and tribal lands as planned next week. TINY BOX deTOUR has ironically been planned for months and the band was excited to bring Youth On Record programming to 4 state prisons in Canon City and Pueblo while playing concerts and connecting with marginalized disabled Coloradans. The band was also scheduled to play in Durango to benefit the Southwest Independence center and throw an all ability dance party on Southern Ute Tribal Lands. Wheelchair Sports Camp and deTOUR is forced to postpone the remaining dates next week, but the DENVER PARTY IS STILL ON!! 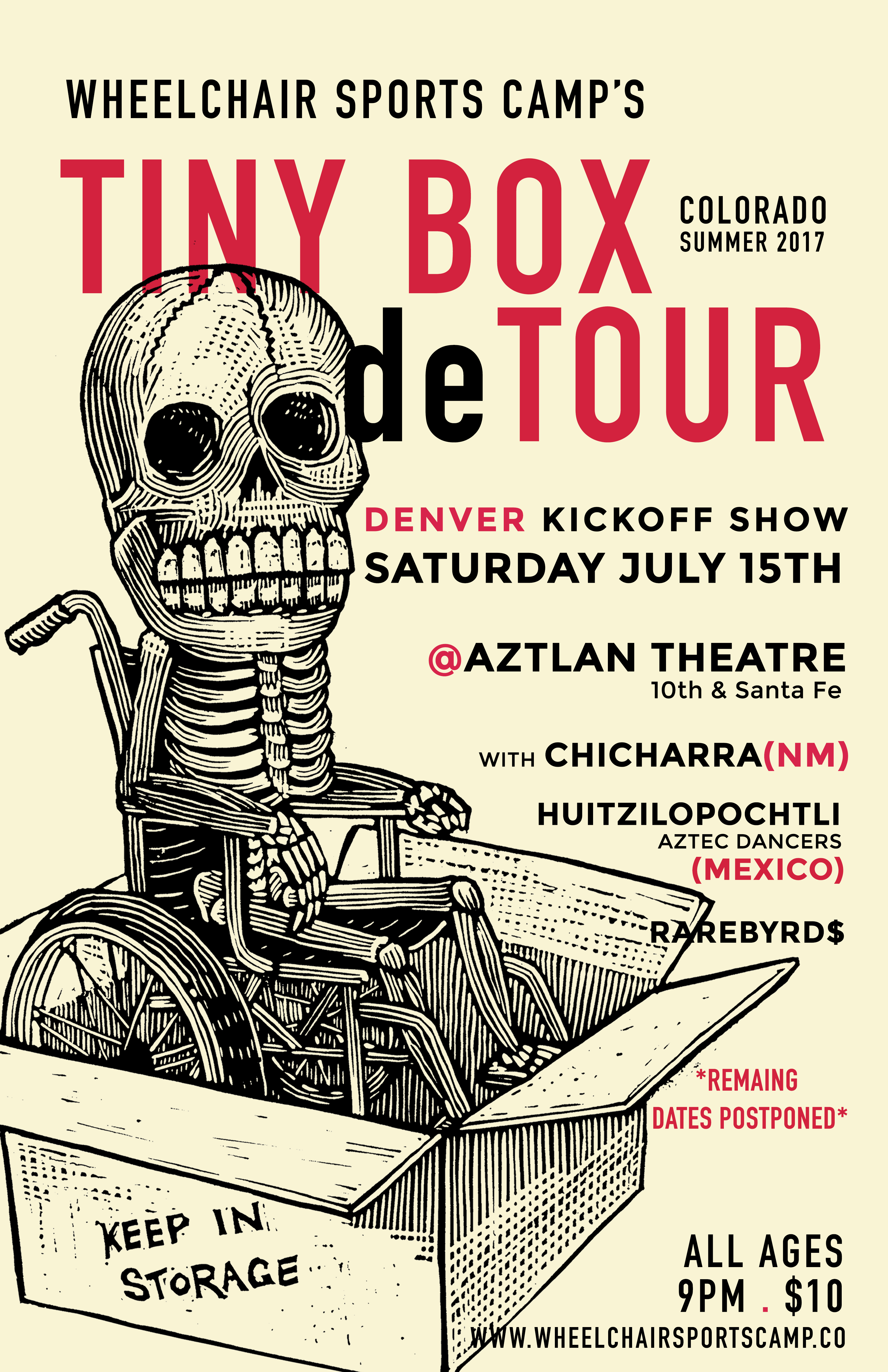